Mindfulness in the Classroom

“When I feel like I really want to get angry and yell, I sometimes, like, take deep breaths. My brain slows down and I feel more calm and I’m ready to speak to that person.” Those self-aware words come from a 5-year-old Los Angeles girl in the film Just Breathe.

A 9-year-old boy in a tough British neighborhood forgets about “all the scary stuff” when he does “petal breathing”—opening and closing his fingers in time with his breath. “If I concentrate on my breathing, the worrying thoughts just go ‘pop’ and disappear,” he confided to The Guardian newspaper.

This is the effect that mindfulness training in the classroom often has on students, and it’s key to why it’s happening all over the world—not just in the U.S. and the UK, but in more than 100 countries, including Australia, Taiwan and India. What started a few decades ago as a small experiment in progressive schools is rapidly gathering speed as emerging research documents the strong positive effects of mindfulness on developing brains.

A 2015 meta-review from researchers at the University of Melbourne, in Australia, which evaluated 15 studies in six countries involving 1,800 students, showed three broad outcomes: higher well-being, better social skills and greater academic achievement. They were more optimistic, self-accepting and happier, more likely to help others, more able to focus on lessons and be creative, and less likely to be angry, anxious or disobedient.

“Mindfulness means paying attention in a particular way: on purpose, in the present moment, and non-judgmentally,” is how it’s described by Jon Kabat-Zinn, whose pioneering research at Harvard in the 1980s helped kick off mindfulness as a scientifically based, nonsectarian approach to a calmer, clearer mind. It has spread since then into business, health care and professional sports, as well as schools: Googling “mindfulness in education” brings up 116 million links.

“Mindfulness offers children the skills they need today to meet the age-old challenges of growing up within the new context of social media and often absurdly high expectations,” says holistic doctor Amy Saltzman, co-founder and director of the Association for Mindfulness in Education. Mindfulness is now being taught in urban, suburban and rural schools in 50 states. Such programs can be low- or no-cost, structured in many ways, taught any time and conducted without special equipment—important for cash- and time-strapped schools.

As a grassroots movement, mindfulness programs run the gamut. Hundreds of schools and districts nationwide have incorporated into curricula such evidence-proven mindfulness programs as those developed by MindfulSchools.org, Learning2Breathe.org and MindUp.org, which often involve teacher training and structured lessons.

Sometimes mindfulness is simply a grade school teacher ringing a bell for five minutes of silence, giving children something to focus on with closed eyes: a sound, a bite of fruit, a stuffed animal. A middle school teacher may use a five-minute guided app meditation from Calm or Headspace to settle down students after lunch. Some schools offer moments of silence during the day, a quiet room to go to or an optional class in mindfulness.

Others find that teaching mindfulness during “detention” has a soothing effect, offering oft-traumatized kids a rare feeling of peace. “Because everyone has distractions and strong emotions, learning to observe these inner experiences with curiosity and openness is an important part of all children’s education,” says psychologist Patricia Broderick, Ph.D., founder of Learning2Breathe, a mindfulness curriculum for junior and senior high school students.

Schools sometimes use parental consent forms to counter concerns about any potential religious implications. Often, a school’s program expands organically as one impassioned teacher draws in others. “The one single factor that determines a program’s effectiveness is the depth and consistency of personal practice of those teaching it,” says Saltzman. In fact, a University of Wisconsin 2013 study found that teachers that practiced a guided meditation 15 minutes a day for eight weeks had less anxiety, stress and burnout during the school year; those conditions worsened in the control group.

In Middleton, Wisconsin, high school counselor Gust Athanas has watched as mindfulness exercises have made students calmer, kinder, more focused and feel closer to each other and to teachers: “A number of students have told me it’s the part of the school day they look forward to the most!”

Ronica A. O’Hara is a Denver-based natural health writer. Connect at OHaraRonica@gmail.com. 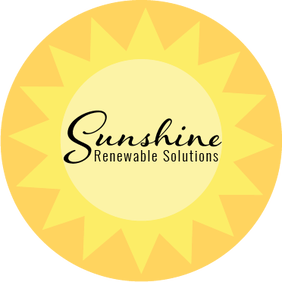